Domestic animated short film, "A Dog Under Bridge," won the Jury Award at the 2022 Annecy International Animated Film Festival in France on June 19.

Directed and written by Tang Lihao, an undergraduate student from China Academy of Art, the film portrays people's difficult life situations as seen through the eye's of a stray dog.

"The film was born from my personal experience and feelings. I'm so honored that it has been accepted by people from around the world and the juries from Annecy Festival," said Tang.

As the leading cartoon and animation festival in the world, the Annecy Festival inspires and rocks the world to the rhythm of animation by highlighting the creative dynamism of young people.

From the latest animated works and demonstrations of the newest trends to emerging talent and innovative ideas, the festival is believed to represent the Oscars of the anime field.

It is the second consecutive year for students from CAA to win the Annecy award. 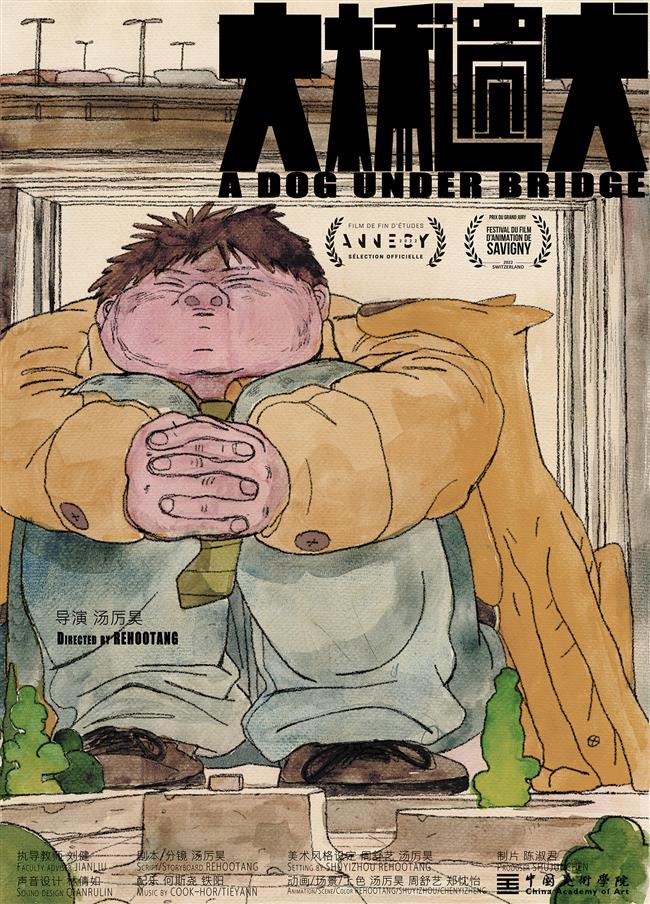 "A Dog Under Bridge," a domestic animated short film directed and written by Tang Lihao, has won the 2022 Annecy International Animated Film Festival in France.

It recorded his childhood memory and grandmother's narration, describing a fig tree in their hometown and then triggering thoughts about how to forget.

CAA's animation major has been listed as a national special program of higher education and a key subject in Zhejiang Province for many years. Students studying painting, visual effects, screenplays and sound effects have won awards in domestic and international cartoon festivals.

The rapid development of the animation major is also attributed to Hangzhou's booming animation industry. In 2004, the county's first national high-tech animation industry base was set up in the city. Since then, the cartoon sector in Hangzhou has become home to the nation's leading companies and talent.

China International Cartoon and Animation Festival, first hosted in June 2005, has developed into a carnival for mega buffs from across China. In return, it provides a long-term shot in the arm for the city's cartoon industry.