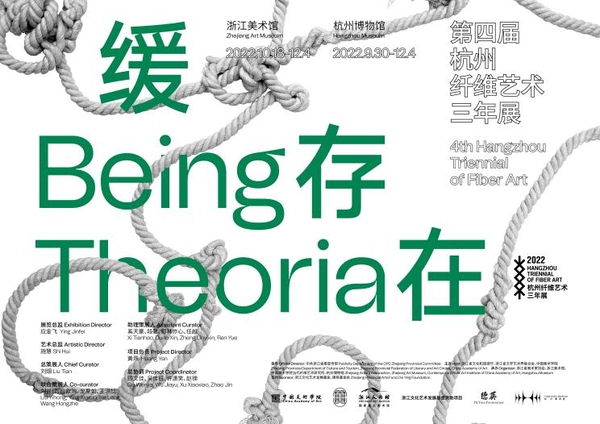 The 4th Hangzhou Fiber Art Triennial ‘Being Theoria’ is open to the public at Zhejiang Art Museum on October 18,2022 (Duration: Oct.18 - Dec.4,2022), with more than 60 artists/groups from more than 10 countries around the world participated. The triennial is not segmented but linked up through several ‘clues’,viz. characters with the silk radical: ‘Wén/文’(text/texture/culture/ civilization), ‘Xù/绪’(emotion/thought), ‘Xiàn/线’ (lines/trajectory), ‘Zhī/织’(weave/labor), ‘Wǎng/网’(net/web), ‘Jié/结’(tying knots),and ‘Zōng/综’(diversity/complexity). These clues are intertwined in space and are presented as a series of immersive ‘Theoria Space’ for people to linger in and meditate. 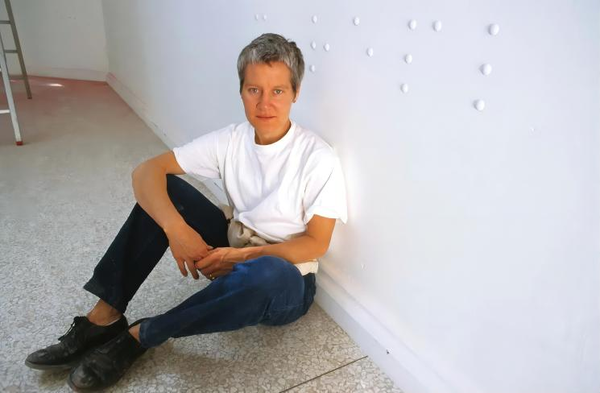 Ann Hamilton is a visual artist internationally recognized for her large-scale multimedia installations, public projects, and performance collaborations. Responsive to the contingencies of the sites where she works, her recurring forms—cloth, texts spoken and written, animals, and people suspended or in motion—immerse viewers in an atmosphere both visceral and literary, individual and collective, animate and inanimate, silent and spoken. 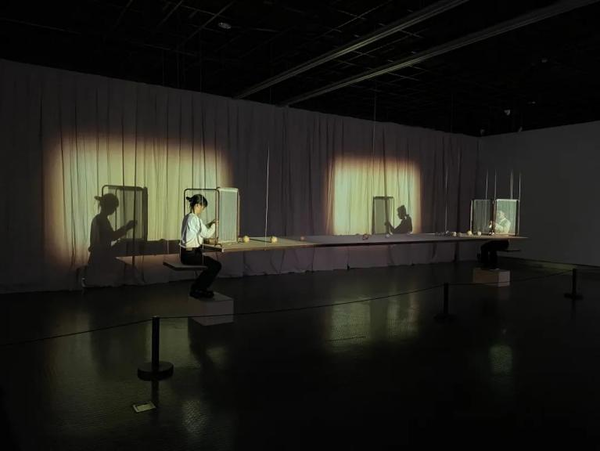 ‘lineament’ refers to the outline or contour of a body or figure and as the title of this installation derives from a single word in one line of Wallace Steven’s poem ‘The Planet on the Table’, a poem of time, memory, language, and making.

The Planet On The Table

Ariel was glad he had written his poems.

They were of a remembered time

Or of something seen that he liked.

Other makings of the sun

Were waste and welter

And the ripe shrub writhed.

His self and the sun were one

And his poems, although makings of his self,

Were no less makings of the sun.

It was not important that they survive.

What mattered was that they should bear

Some lineament or character,

Some affluence, if only half-perceived

In the poverty of their words,

Of the planet of which they were part.

Originally created in 1994, in this new iteration of the installation in the Zhejiang Art Museum, two attendants sit facing each other across the horizon of a long table lifting and winding the contents of the paper in front of them. A book of printed text in Chinese at one end and a book in English at the other, each prepared with switchback cuts, are wound in a continuous line in an action similar to pulling a continuous strand from a woven cloth. In this, the two-dimensional page becomes a hand shaped three-dimensional object offered into the empty space of the table. Flat becomes round, a rectangle becomes a circle, positive becomes negative, and word becomes thread in a cycle of continuous offerings. We know a cloth by its hand, the way it might drape and fall, the tightness and structure of the weave, the fineness of the thread, the animal, plant, or man-made fiber from which it is made. While its color and surface may catch our eye, we only know a cloth’s weight, its texture and warmth, by touch.

Whereas cloth surrounds us whole, alphabets unfurl in lines. They give us words, and words give us sounds and sentences and meanings. We use them to ask our questions and describe our experiences, to hold our thoughts and memories. Cloth and words are of two hands, two ways of knowing.

In the ongoing pages series, cloth fragments and words meet on paper lifted from a book’s frontispiece or endpapers. The work is the felt sense of this meeting—the size and color, opacity and transparency, the facticity of the cloth, the color and wear of the paper, the abstractness of the language sifted from loose fragments of sliced books, themselves the residue of another project.

The individual word and line fragments lift from the chaos of other fragments, untethered from sewn or glued binding or narrative order, into another relationship, a felt relationship between a particular phrase or word a cloth fragment and a single paper that we might recognize as, ‘ah, yes, it is like that.’