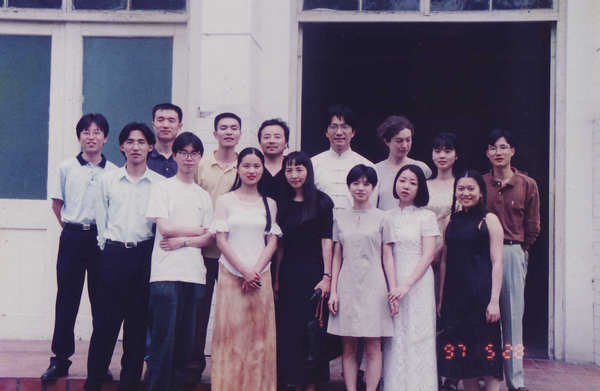 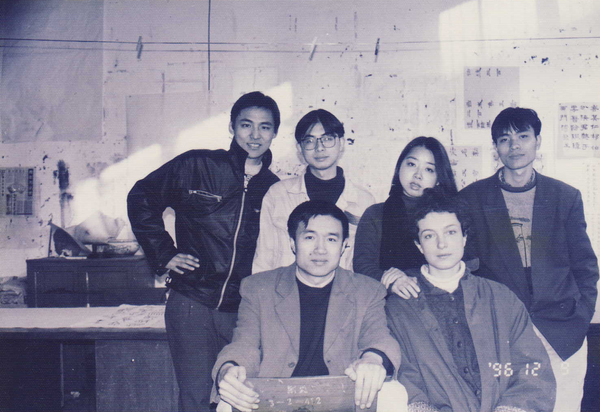 Group Photo of Isabelle and Other Students in the Classroom

In 1999, she returned to France and engaged in painting and calligraphy teaching and exhibitions. She recalled her study in China, 'I clearly remember how I felt every day when I first learned calligraphy. I was very much attracted to the goat-hair brush that was difficult to control and the diffusion on the rice paper. ' Isabelle Was Creating at the Seaside

'Later, I gradually understood the infinite world in Chinese calligraphy, and the more I learned, the more I felt small. When I started learning calligraphy, I was amazed in many aspects. For example, the structure of the characters seemed not complicated to write, but they turned out to be profound when I wrote the characters. What attracted me the most were the lines of calligraphy which gave me a lot of inspiration. In the bones, flesh, tendons, qi, blood, momentum, pause and transition, yin-yang relationship of the lines, and in the inner feeling they guide, lie a spiritual power which takes a lifetime to learn.' 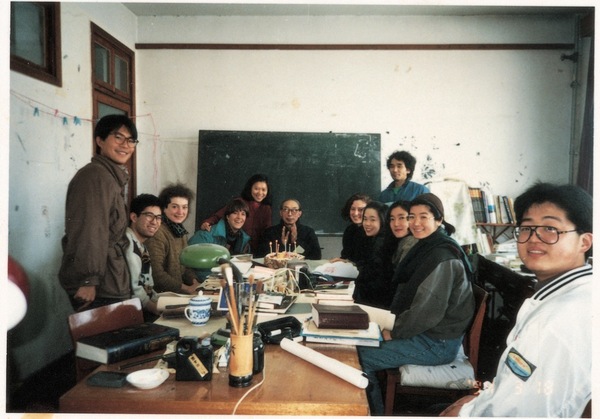 Group Photo of Teacher Liu Jiang and Students After Class 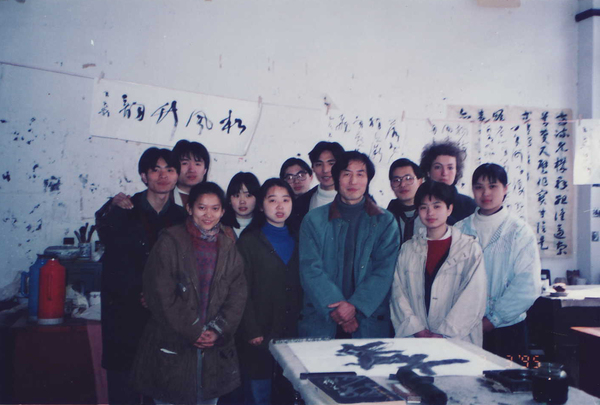 Group Photo of Teacher Wang Dongling and Students After Class 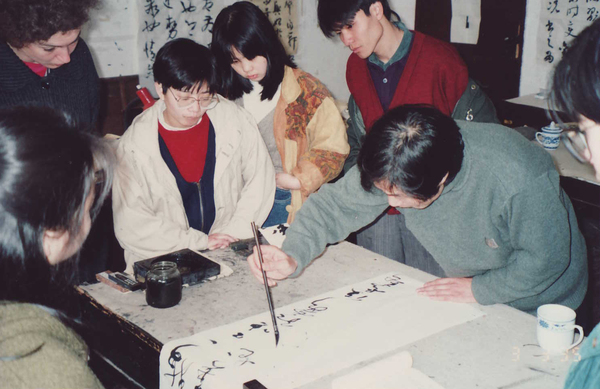 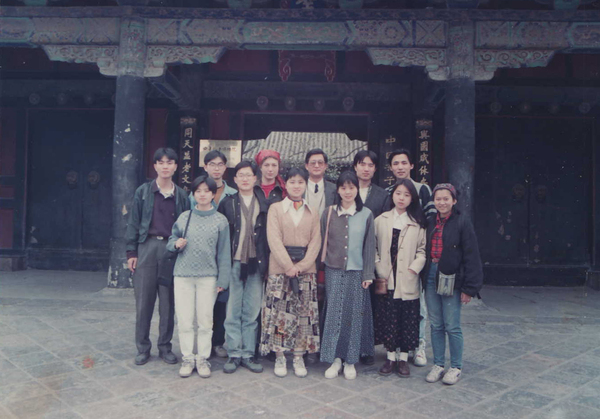 Teacher Zhu Suizhi Led a Team to Investigate the Temple of Confucius in Qufu, Shandong in May 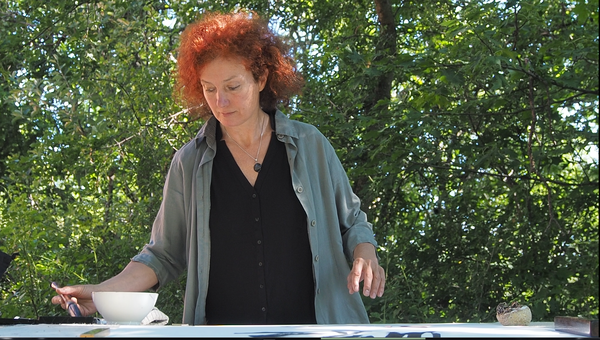 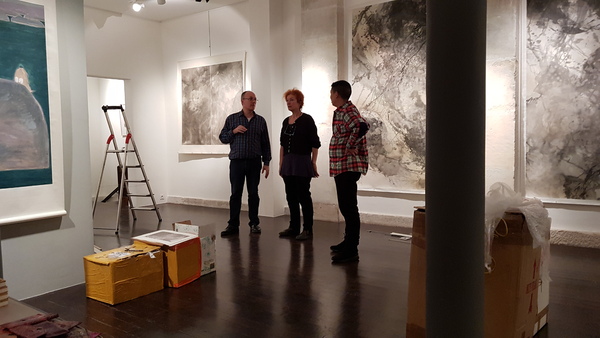 Isabelle Curated the Exhibition Warmth of Distance - Works of Zeng Sankai and Wang Li on January 26, 2018