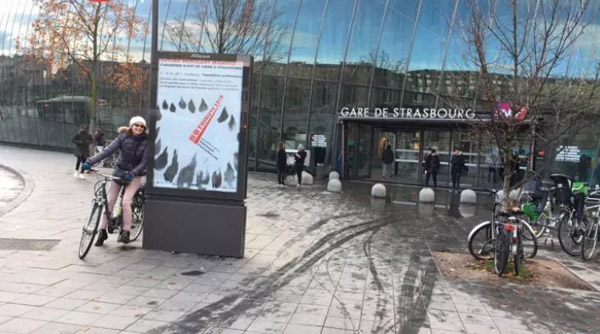 A local woman takes a photo with a poster of Tribute 2018. [Photo/China Academy of Art]

Philosophers, artists and historians from around the world gathered at the French city to celebrate the cultural and historical achievements of the past - from the legacy of Chinese landscape art to the world's most revolutionary movements over the past 100 years - in order to reflect on the future outlook of the world.

The joint event was highlighted by a commemorative exhibition paying tribute to late Chinese painter Lin Fengmian, as well as a multimedia exhibition and round-table discussions under the theme of Future Media/Art Manifesto.

Lin Fengmian is well-known in China for his attempts to blend western and eastern artistic traditions. Future Media/Art Manifesto was divided into two parts: Shanshui: A Cosmotechnics and Century: A Proposal. 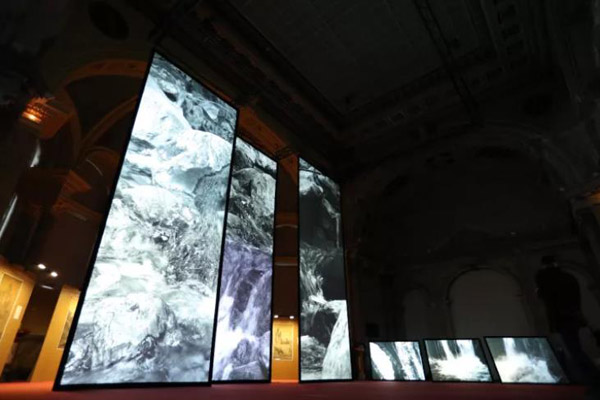 Shanshui: A Cosmotechnics was an immersive video-sound art installation consisting of 29 screens. It offered visitors ancient Chinese people's understanding of the world through the lens of modern technology, making use of sound art and moving images to deconstruct the important concept of shanshui in Chinese culture.Shanshui literally means mountains and water in Chinese, but it contains a wider connotation: the world - an understanding that finds wide representation in ancient Chinese literature and art.

Century: A Proposal was a round-table discussion which featured speakers from many different countries to look back at the unfinished, unrealized historical events over the past 100 years.

Gao Shiming, vice-president of the China Academy of Art and chief curator of the event, said, "This year is the 100th anniversary of the October Revolution. The following few years will also see anniversaries of countless other historical moments. What do these anniversaries really mean to us? How do we call forth the past as one anniversary follows another?"

"We must take this opportunity to reiterate stories from the past so as to reflect on the 'be-coming future'," he said.

Each of the 12 speakers focused on one year from the past 100 years as a starting point, and many of the speeches touched on a similar topic: the effect of complex technology on the transformation of the world. The speakers included Samir Amin, Bernard Stiegler, Anselm Franke, Siegfried Zielinski and Daniel Buren. 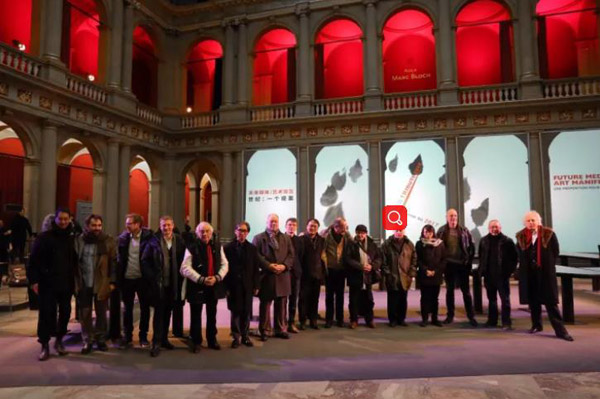 Speakers for the round-table meeting Century: a Proposal take a group photo. [Photo/China Academy of Art] 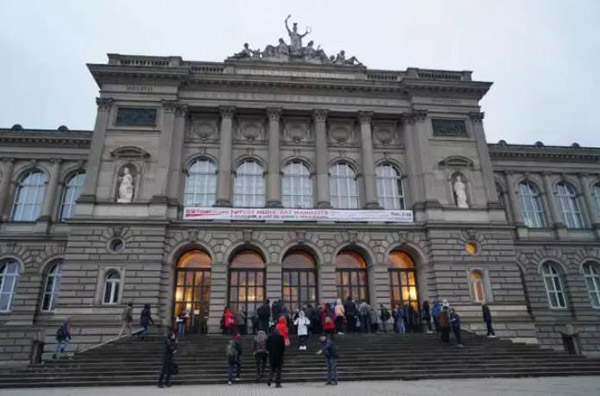 Audiences wait outside the University of Strasbourg to attend the round-table meeting Century: a Proposal. [Photo/China Academy of Art]