China•Art•Academy – Exhibition Commemorating the 90th Anniversary of the Founding of the China Academy of Art kicked off at the National Art Museum of China on Sunday. The exhibition will cover the history of the China Academy of Art (CAA) through the presentation of three themes: The Pioneer Journey of Chinese Art, Fundamentals of Art Education and Manifesto of Academic Ethos. The exhibits on display seek to paint a picture of the evolution of CAA over the past nine decades by focusing on the academy’s important historical milestones. The first glimpse of CAA history starts with a giant oil painting located right at doorway to the main hall, which surprises visitors with its size. The painting features many of the major figures in art education that have made great contributions to Chinese art since the foundation of CAA in 1928.

During the first section of the exhibition, CAA focuses on the immense value of traditional Chinese culture and new attempts to present this culture to the public. By setting many Chinese calligraphic works inside long glass cabinets, visitors can compare the differences between the works from various masters of the art. The second section makes use of detailed introductions to educate visitors about the fundamentals of art education as they make their way around the exhibits. Finally, the third section enquires into the core responsibilities and mission of the academy in the 21st century. In addition to the exhibition, a 16-volume book series on the development of CAA was also published on the same day as the opening. As the chief-editor of the book, Xu Jiang expressed his hopes for the series at a press conference at the opening.

“We did not publish this series to celebrate or commemorate the CAA, rather its goal is to recall the history of the academy and revive the prosperity of Chinese art.”

The exhibition is set to close on April 8. 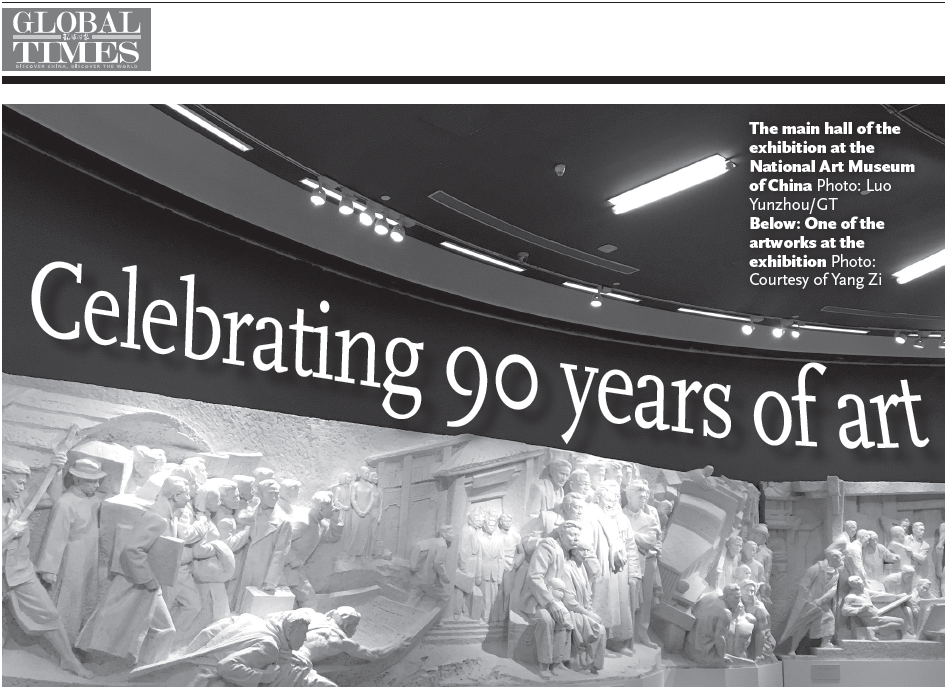