Grain Buds (Chinese:小满) is the eighth traditional Chinese solar term and falls just before the summer harvest. A common saying during this time is that, "A heavy rainfall makes the river full." Because of the large increase in rainfall, rivers become overflowing with water, which fattens up the fish and shrimp, both of which are popular foods during this time. It is also harvest season for fishermen. Today we will show you a variety of posters designed by CAA teachers and students! 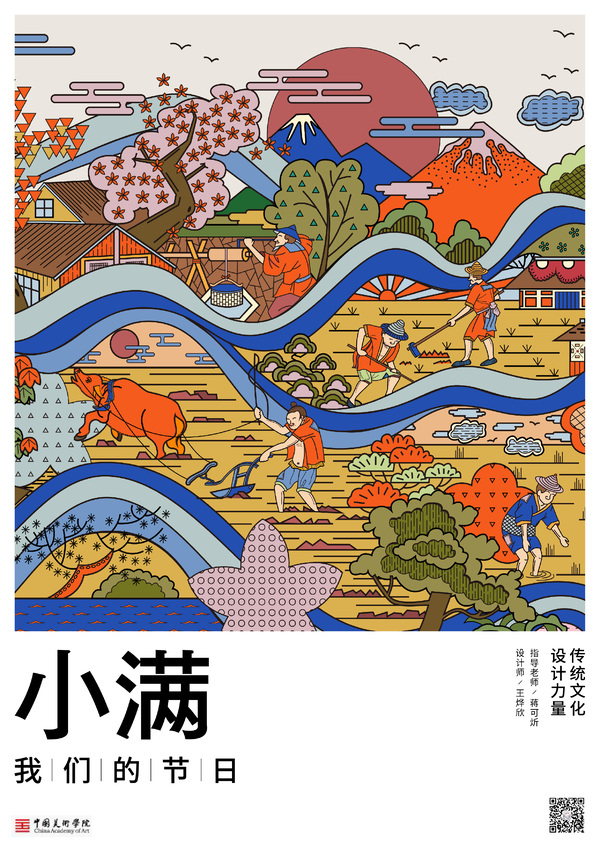 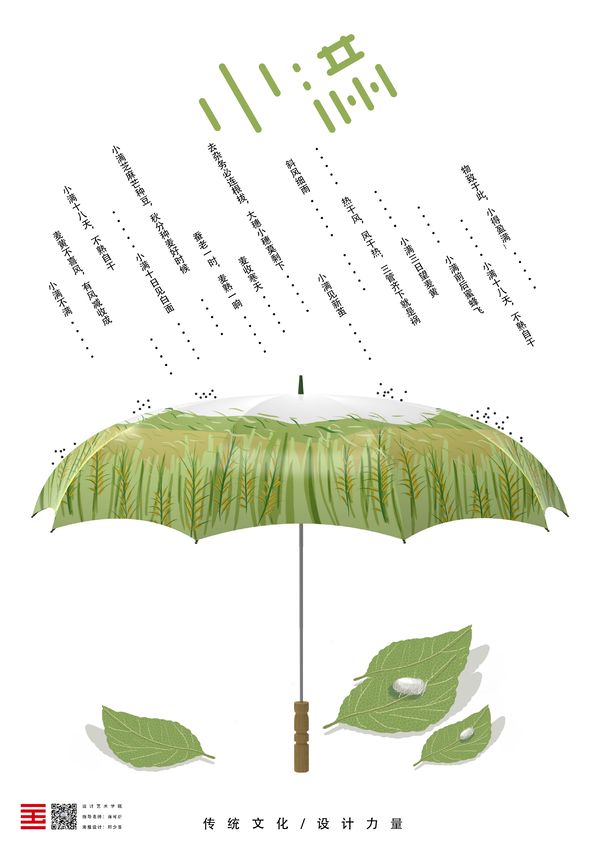 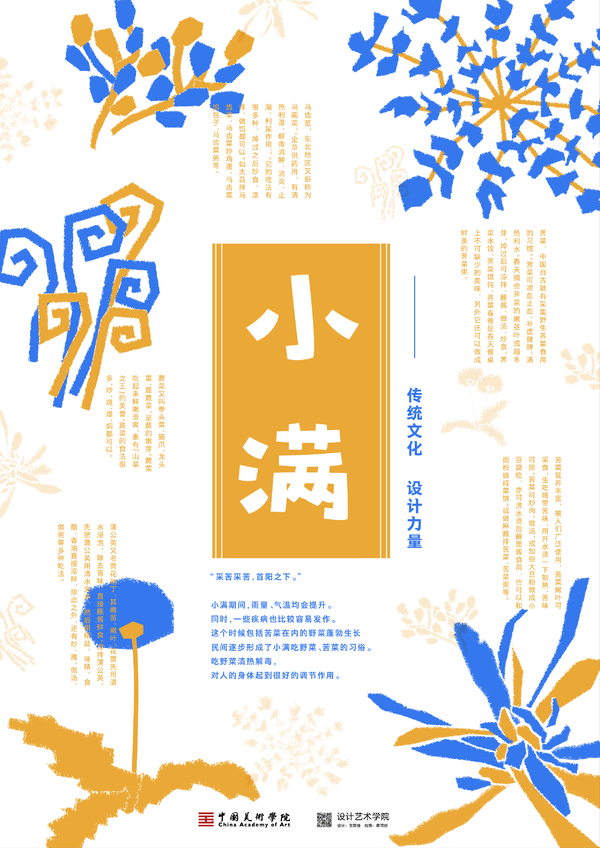 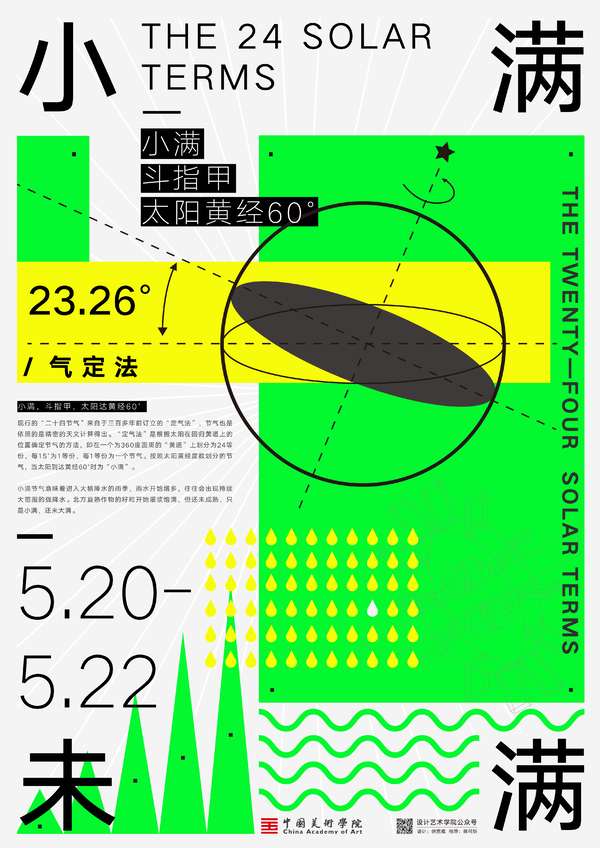 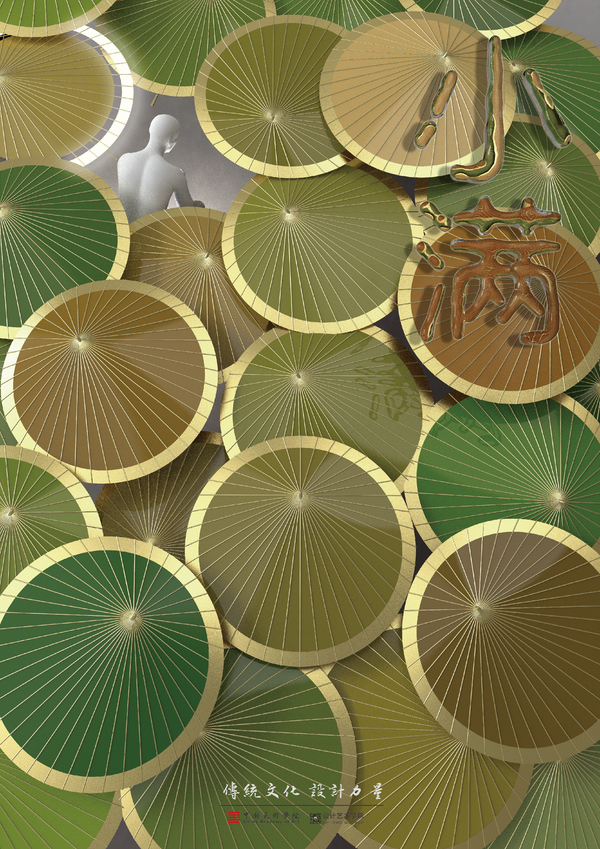