In this year's graduation season, three undergraduate students from CAA created a joint work entitled “The Infinite Fraction”, including fiction, short video, and scene design. This work has been selected as a finalist for the Film & TV Venture Capital Investment Category at the China Science Fiction Convention 2020. Its setting is: In the early 21st century, three young people are subjected to a life freezing experiment and fall into a long sleep. 400 years later, they wake up to a future world where the inter-brain interface technology has already been achieved. All humans have uploaded all knowledges and memories to the “Co-Brain” to share all information. This collection of all human beings is gathering all the power to break through the limits of the human race to create the Universal Mind that hovers above the intelligent biosphere. The three 21st-century visitors have just awakened and are faced with a fateful decision - whether to upload their memories to integrate them into the “Co-Brain”? 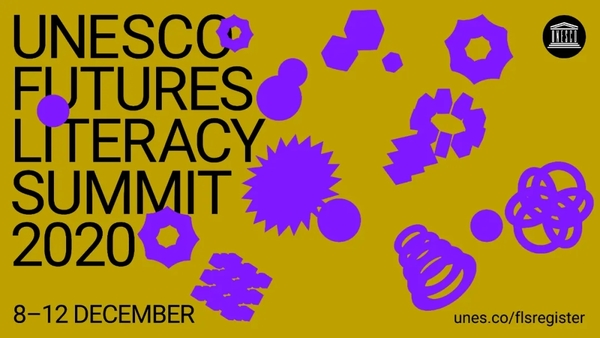 There are some oldest topics of the finality regarding the self and existence, and the immortality and nothingness. Are the beings in the “Co-Brain" state still human? After all, they are a species significantly different from Homo sapiens as originally defined. However, isn't the super AI computing against the background of a global Internet of Everything (IoE) the prototype of the “Co-Brain"? A variety of micro and macro augmentation technologies are gradually and continuously transforming us into non-humans or new humans. The unprecedented oppressiveness of human crisis is pressing in on us. There is no turning back...

Over the years, I have often discussed with my colleagues in the Academy - what are the important technologies that will affect the future of humanity? They are brain science, genetic engineering, new energy, new materials, and finally the Mixed Reality formed by big data, artificial intelligence and the Internet of Things. I believe that these will be the main fields for art and design in the future. I'm even exaggerating when I say - if the Internet is another great voyage in human history, the Mixed Reality is another genesis. 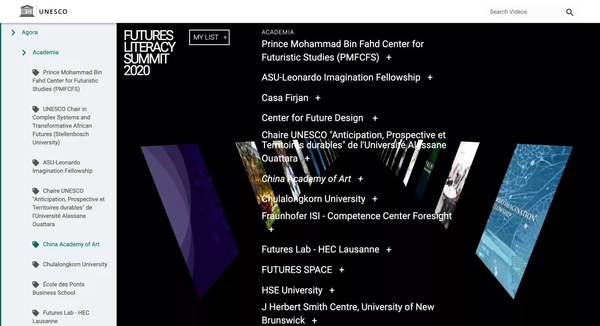 This may not be an exaggeration in the long run. A few years back, I prepared a creative writing test for the art curation majors, which asked students to write a composition with the beginning paragraph as follows:

In a century in the future, during a cyber travel, people encounter a magnificent cemetery, the Cyber Cemetery of the "first generation of the Internet". It is a digital monument to tens of billions of human beings, where the lifelong data and vital information of our three generations is stored... This is the first encounter between future humans and the "prehistoric civilization”. They see what we now call the “Internet Generation" as the last generation of prehistoric civilization... Three months ago, the CAA Art Museums presented the VR section of the 77th Venice Film Festival, and there was a schedule of future technological development from 2000 to 3500, compiled by a Chinese philosopher in 1998. I told him that the reality must be moving much faster than he had predicted. I convinced him to post the schedule in the exhibition, where viewers could modify and add to it according to their understanding and imagination.

In my opinion, VR is not only an immersive experience, but also a path to possible worlds. The small worlds constructed through VR are the plugs-in of reality, or the extracorporeal organs of our world. They are both outside and inside our so-called reality, so virtual reality is also the Archimedean Point to move our hard real world.

In fact, virtual reality is a kind of essential orientation of art, and the essential task of art is not only creation, but even an orientation to genesis. Quantum Theory posits an infinite number of parallel universes, which are infinite worlds, and what we call reality is only one fraction of them and the possible worlds that are realized. Creation is a discovery, an opening and a gateway to possible worlds. All artists aspire to construct their own world, a possible world full of imaginations. It can be said that all great works of art are an alternative reality that is beyond reality. Many years ago, the Marxist theorist Fredric Jameson wrote a book discussing science fiction called the Archaeologies of the Future. All science fiction is fundamentally a reverse archaeology of the present through the future, just as 19-century Europeans imagined a future in which aristocrats roamed leisurely on bicycles on the moon. This archaeological projection of the present and the future is not open. It “is not at all its capacity to keep the future alive, even in the imagination," which proves what Herbert Marcuse calls “the end of the utopia”.

In discussing futures literacy, we may not only look forward, but also backward to the origin. In the experience of the ancient Greeks, philosophy, education, and art were all unified as a “technologies of the self" in the ancient oracle “epimelei heautou” (care of the self). According to Michel Foucault's examination, this is a more fundamental message than the Delphic oracle "gnothi seauton" (know thyself). The “care” (Epimelei) here means both "to serve" and "to train," and it also means "to contemplate", pointing to what Foucault calls "spirituality” - that is, "the investigations, practices, and experiences that the subject uses to shape himself in order to arrive at the truth".

The fundamental responsibility of art and education nowadays is the preservation and development of human beings in the era of big data and artificial intelligence. To this end, we need to construct a pluralistic speculative space of thought to rethink the complex relationship between art and education, creation and communication, production and consumption, and society and the self. We need to ask “How do we reshape the creation and education of art in the face of the overarching global governance established by the network of technology, information, capital and power?” and “How to carry out art/education as an "hominology" in the face of the new biopolitics brought about by this global governance?” As we see it, the problem is already very serious: the new technologies of the last half-century have constructed various prosthetic limbs for humans, and this increasingly large system of prostheses is abolishing our sensibility and fragmenting our bodies and minds. The fundamental dilemma of the future human being is emotional poverty, and separation of mind and body. Yes, this is the problem we face when we talk about “futures literacy". And art may have something to do with it. Because what the art and intelligence lead to is precisely a knowledge unlocked by hand technique, an embodied knowledge, a “poetic + heuretic” knowledge, and a knowledge initiated by the mind and body.

Let me repeat - the purpose of art and education is the preservation and development of human beings. They point to the same thing: a perceptual practice that goes straight to the heart, a spiritual production of self-creation, and a bit-by-bit project to change life and transform the world through the social construction of human beings. The art/education advocated by the CAA is neither "art of the art world” nor "education of disciplines", but something more fundamental that is closely related to each of our lives; for the preservation and development of the human being, it must be a study of knowledge and practice that penetrates through the group and the self and connects the mind and body, and a technique of self-creation.

Friends, if what I have said above can be the consensus of all of us, we will see: the message of art is transmitted in the long history and among countless people, and the artists of the future will learn and interact with each other in the union of the group and the self; the work of art opens up disagreement and imagination in the highly integrated and automated society; and the education of art opens up a new field for our sensibility in the multiple realities of “message, landscape and capital" and opens up a new strategic space for our creativity.

All of our creation and production, and all of our efforts and struggles, whether in art or in education, are aimed at making human beings more like human beings. It is for this reason that humans need to create. Creation is never just the production of something different and unprecedented, but the construction of possible worlds. The early modern philosopher Gottfried Wilhelm Leibniz first proposed the concept of "possible worlds". He said, “The world is a combination of possible things, and there are different combinations of possible things; therefore, there are many possible worlds.” This is undoubtedly in line with the worldview of Quantum Theory. Albert Einstein said in The World As I See It, "The most beautiful thing we can experience is the mysterious, full of secrets and beyond our comprehension, with which we return to the cradle of true art and science". We must constantly return to the cradle of art and science, where we reawaken our amazement and curiosity about the world, i.e. the source of all creativity.

Creation is the production of the most meaningful possibilities. Imagination is a necessary but not a sufficient condition for creativity. In addition to imagination, creativity involves many things, e.g. curiosity, impulse, emotion, care, desire, value and purpose... and most importantly, the love for the unknown and the unnamable. American architect Louis Isadore Kahn said, The world never needed Beethoven’s Fifth Symphony until he created it, and it was then that we discovered that we could no longer live without it in our hearts and minds and in our spiritual lives.

This is creation. It is not about the achievement of utilitarian goals, nor instrumentalist performance, but about the invention of new destinations and new goals. One hundred years ago, my friends, there was a political and aesthetic revolution in Europe, when the people, with the urge to reinvent art itself and the ambition to reinvent the worldview, tried to construct a new world and redefine our relationship with it. That radical formalism not only created the art of constructivism, but also attempted to launch a revolution in the structure of sensibility and to reorganize the desire mechanism and even the social forms.

One hundred years later, we are in the midst of another revolution, with art, science, philosophy, politics, ethics, and education... Everything is to be redefined once again. We are once again at the point of "revaluation of all values”, and we will reflect on the need to locate the position of art again in the new collision of science and technology, to revive the creative perception, expression, and production from which art originates, and to open a new voyage for the preservation and development of human beings.