In Memory of Fred Thomas Martin

Fred Thomas Martin, a famous American artist, art critic and educator, former president of San Francisco Art Institute, an old friend with China Academy of Art for half a century, passed away at home on October 8th, 2022, at the age of 95. 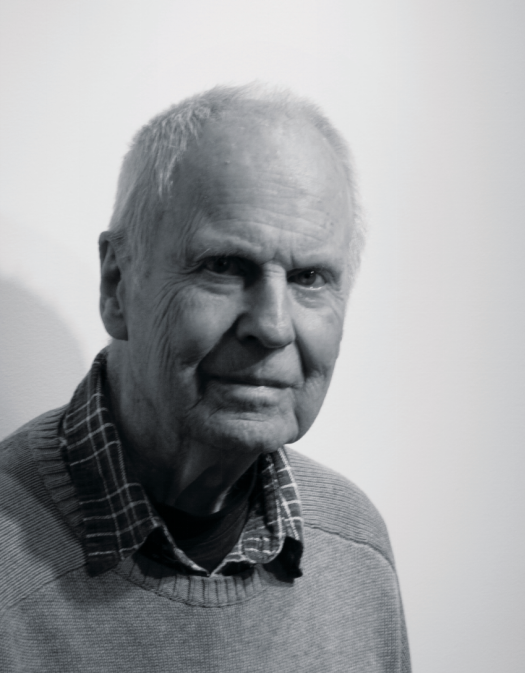 Fred Martin was born in 1927 in San Francisco, California. He studied in the art department of University of California, Berkeley and received his Bachelor of Art degree in 1949. Five years later, he obtained his Master of Art degree in San Francisco Art Institute (formerly known as California School of Fine Arts) in 1954. He was taught by Mark Rothko (1903-1970), the most famous American abstract painter. Meanwhile, he immersed himself in learning traditional Chinese culture, and interpreting Chinese philosophy and traditional Chinese aesthetics with local characteristics during his decades-long career. As one of the most important figures in abstract modernism art, during his 70-year-long artistic career, whether in cubism in his early years, or in abstract expressionism after his middle age, his works show Eastern philosophy, which have been exhibited in the well-known museums including San Francisco Art Museum and Whitney Museum since 1949. 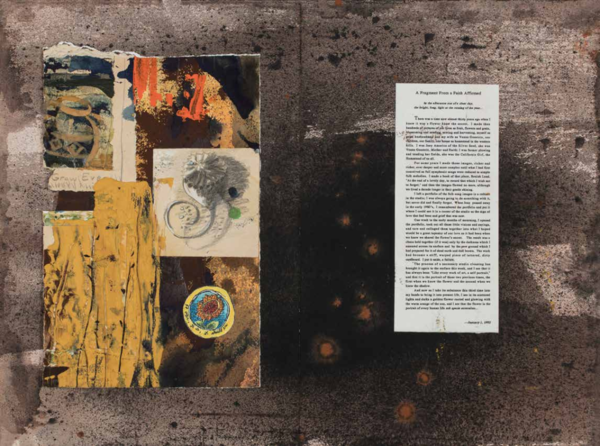 Professor Fred Martin has devoted himself to art education for over 50 years and has been active and driven the development of the San Francisco Bay Area art scene. As the former president of San Francisco Art Institute for over 20 years, he has dedicated to the intrinsic value of art and its vital role in shaping and enriching society and the individual. Meanwhile, he has been committed to educating artists who will shape the future of art, culture, and society; meanwhile, he has fostered creativity and original thinking in an open, experimental, and interdisciplinary context. Adhered to his philosophies of art education, which has been put into practice for more than half a century, Fred Martin led San Francisco Art Institute to become a center of art education and art creation on the West Coast of the United States. 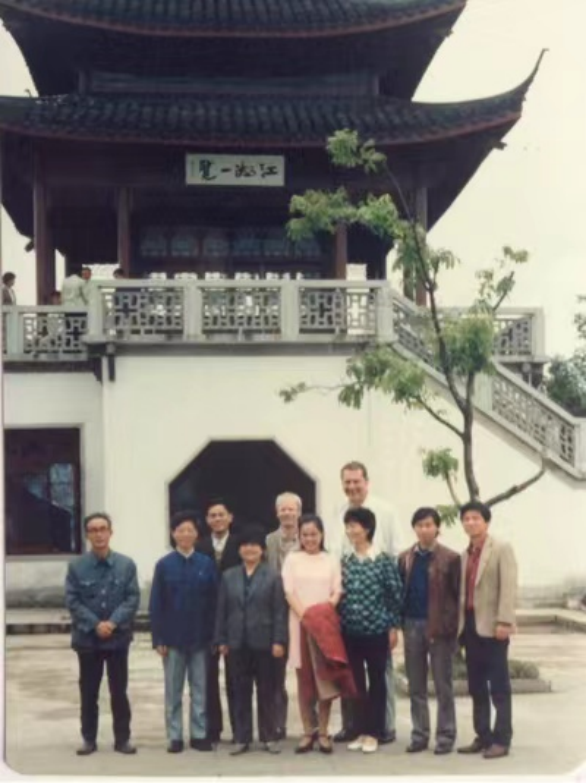 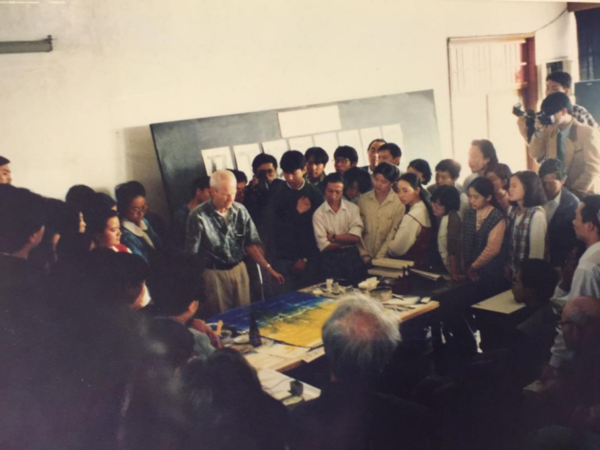 Professor Martin gave lessons in China Academy of Art, in 1988 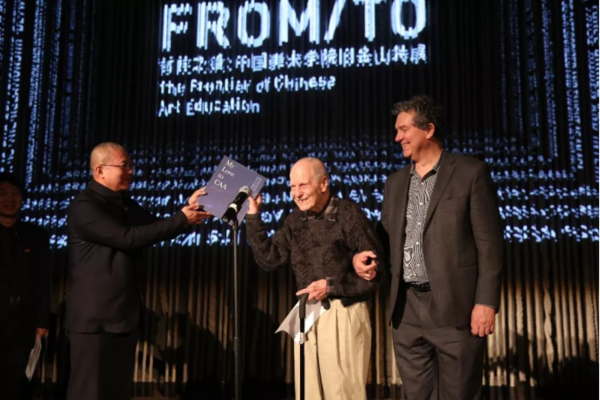 Professor Martin at the opening scene of the "From/to: the Core Scene of Chinese Art Education" exhibition, in 2018

In the preface of his album, Professor Martin interpreted his philosophy as follows: “And all of it comes always together in each work of art complex or simple, for it is in the touch of the hand and its place in the image that all the artist’s life comes together to make the work that is a gift to the future.” For him, art exploration never ends.

After more than 70 years, all experience of art and life comes together to form his personality, broad and long thought about—a tapestry of East and West, of past and now and tomorrow, mirrored by his works, indicating the present and the future.

May the soul of our admired artist and great friend, Fred Thomas Martin, rest in peace and the spirit embodied in his works are unbroken and immortal. 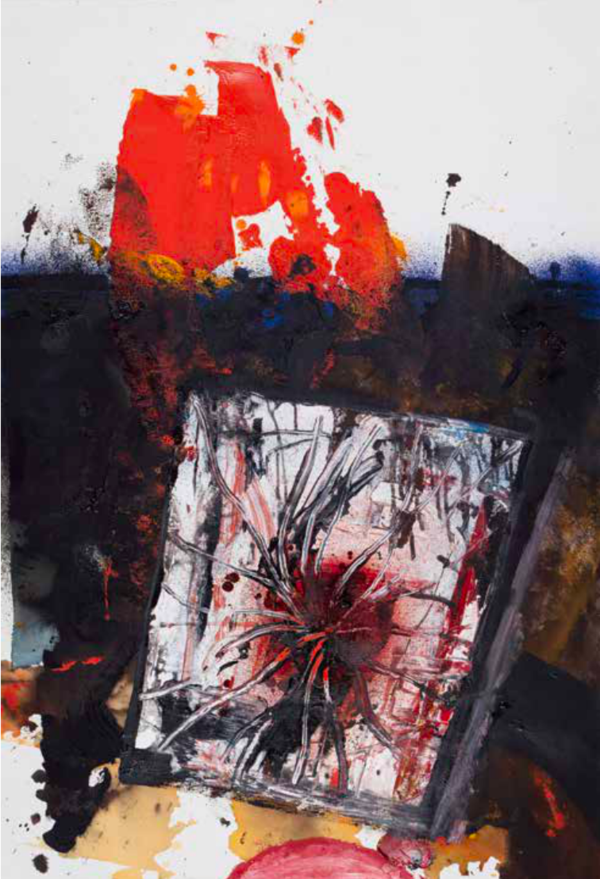 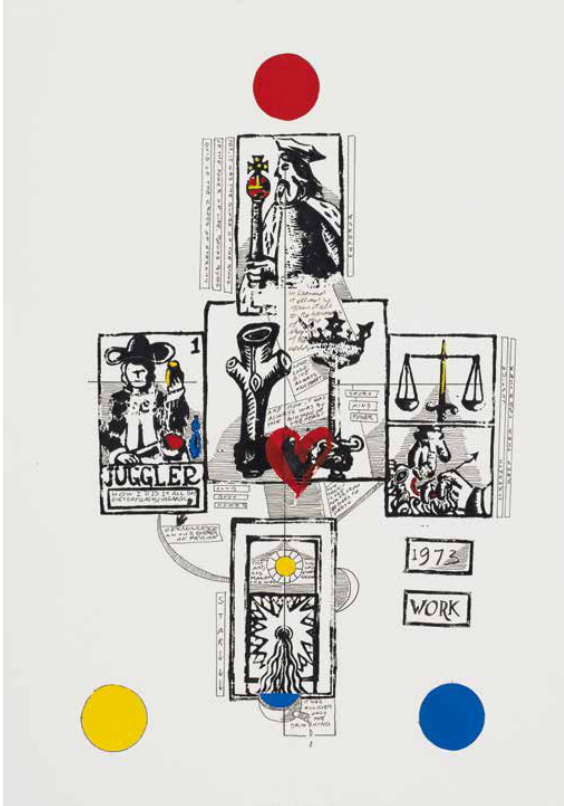 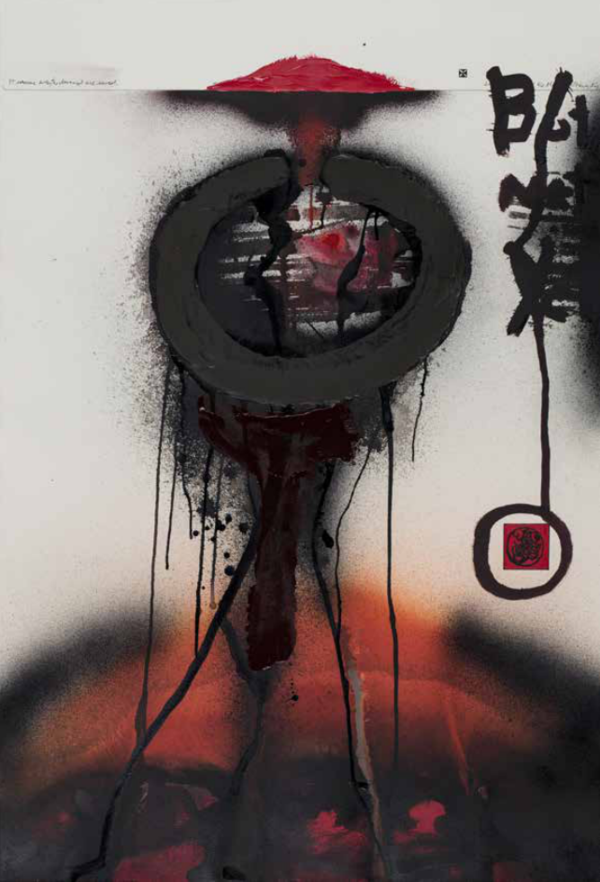 It means only the damned are saved, 1999