Shi Hui | How can Chinese writing be presented by weaving?

Shi Hui, an artist who works as professor at China Academy of Art, is also a PhD supervisor and Director of Institute of Contemporary Fiber Art.

Shi Hui was among the first group of artists who took up contemporary art in China during the 1980s. Maintaining constant affectionate with and working mainly in cotton, linen, and Xuan Paper, Shi hui sought to show us her recognition of a tacit fit between medium and soul as well as the belief that Chinese traditional media could regain value in the contemporary era. Within the schema of Chinese contemporary art, Shi hui’s artistic practice appears a unique visual identity. She transformed traditional weaving into the construction of visual space: the process of weaving, as a cumulative process of experience, has become a portrayal of “post-modern animism”, presenting the underpinnings of the oriental spirit from the standpoint of contemporary art. Her works have been exhibited in many prominent nomination exhibitions and biennials at home and abroad and attracted widespread attention. 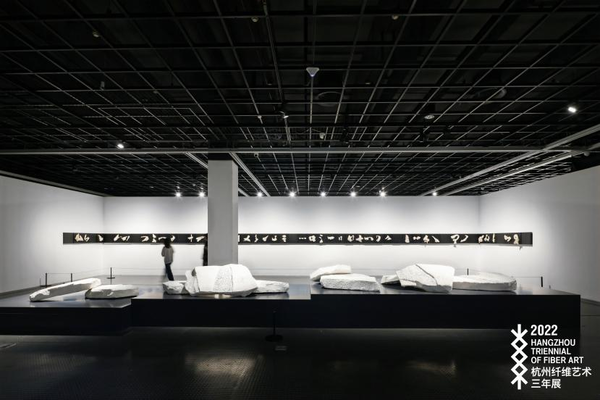 How can Chinese writing be presented by weaving?

In ancient times, Fuxi observed the signs of the sky and beasts, developed Eight Trigrams(bagua, “八卦”), and first created Chinese characters. It is documented that, as early as the Zhou Dynasty, pictographs have been included as one of the Six Categories of Chinese Characters(“六书”). What a long history! A profound meaning is contained in the structure and strokes of Chinese characters. The dot is like a falling stone; the horizontal, a long river; the throw away, a swift wind; and the press down, a long journey. Writing is not just about recording, but about everything. To practice writing is to refine all things. In the strokes of Chinese characters can be identified the truth of the world. 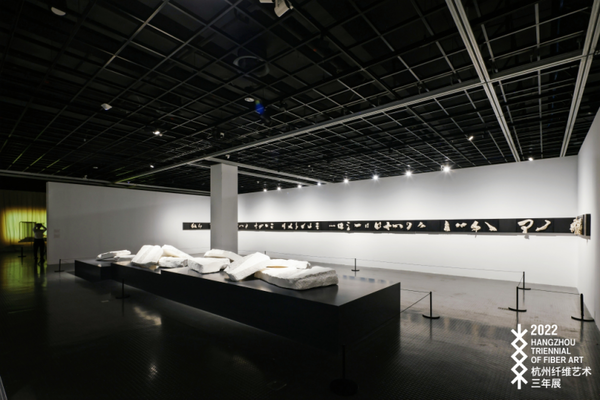 Tying knots in ropes is another original human expression. The thickness of the rope, its gathering and dispersion, its ups and downs, carries with it the power of the body and is the expression of the symbiosis of writing and weaving. Like writing, knot typing reduces the movement of the body to the movement of writing, presenting a thousand different expressions. The knots are like strokes, weaving in and out like the marginalia of Chinese characters, with a unique writing-like pleasure that comes with the power of life and living. 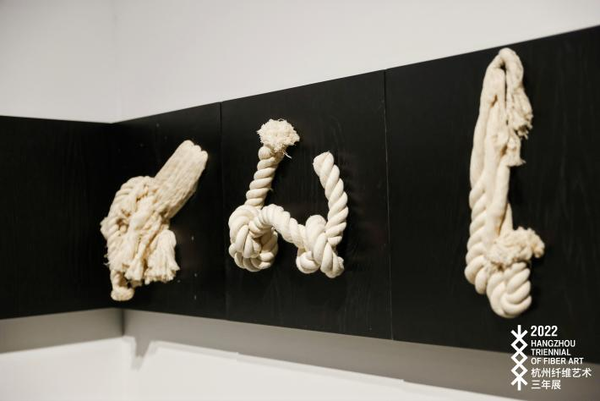 What will things be like in a thousand years?

Over the past few thousand years, mankind has recorded events by tying knots in a rope; the Hetu (Yellow River Chart) and the Luoshu (Inscription of the River Luo) have been derived for divination; During Yu Shun’s rule, various colors have been used to paint designs on clothes. Like people’s understanding of the Tao, art has undergone changes intermittently over time and has continued. The ancient relics, fragmented and patchy, have left behind secrets of many thousands of years. Chinese epigraphy and paleography have made an in-depth and continuous examination of the old relics from the ancient tombs in the deep mountains, hoping to restore the events of the time and recreate the original appearance, so that the history of a thousand years can be unveiled. 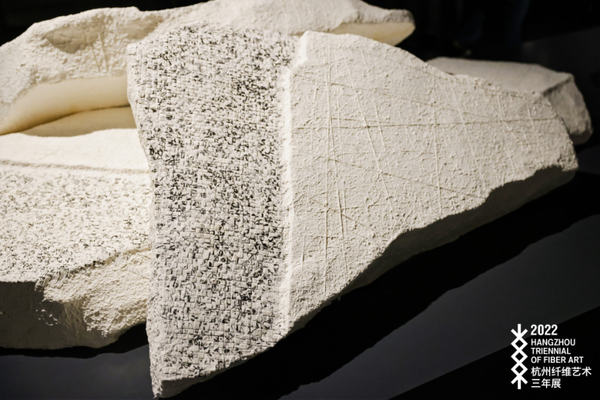 In the year Renxu, Su Shi went by boat with some friends to the Red Cliff. There was a fresh, gentle breeze, but the water was unruffled. They started to sing a song. One friend, who was a good flutist, played an accompaniment to the song. The notes rang out nostalgic, mournful, and plaintive. Another friend was grieved, too, saying that “life is so transient, and I envy the mighty river which flows on forever.” However, Su Shi retorted, “if you look at its changing aspect, the universe passes in the twinkling of an eye; but if you look at its changeless aspect, all creatures including ourselves are imperishable. Everything in this universe has its owner. The sole exceptions are the cool breeze on the river and the bright moon over the hills. These serve as music to our ears, as color to our eyes; these we can take freely and enjoy forever; these are inexhaustible treasures supplied by the Creator. The lines of Su Shi’s renowned “First Visit to the Red Cliff” still ring in our ears. In a thousand years, all things will change, but the remains of the culture will keep being the treasure of future creation. The present sees Su Zi as the future sees the present, and this is the infinity of millions of years! 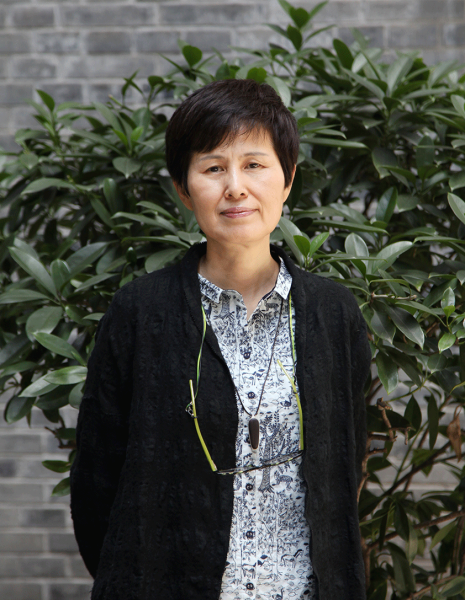